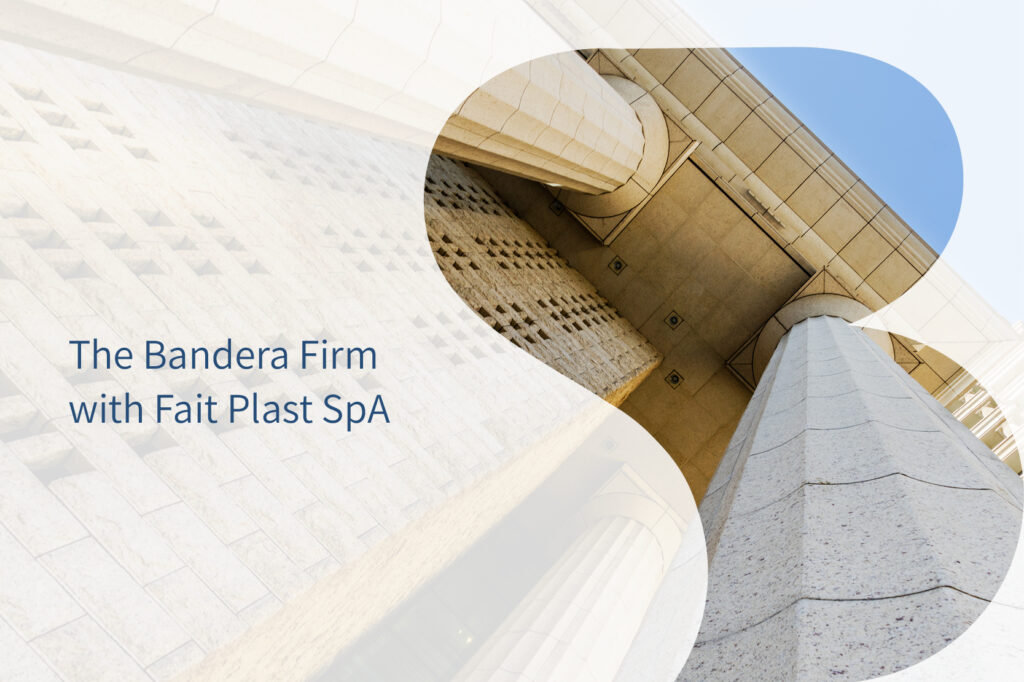 The Bandera firm with Fait Plast SpA in the acquisition by Orca Developpement.

The acquisition contract was signed in May, 2017, while the closing was finalized in June, 2017.

The operation is part of a broader strategy aimed at creating a European leader capable of establishing itself in world markets thanks to technical excellence and the expansion of the commercial network.

The acquiring party was assisted by the international firm Hogan Lovells.

The Bandera firm with AIRAL in anti-dumping proceeding against the people’s Republic...

The Bandera firm, on behalf of the international association of aluminum radiator manufacturers, AIRAL Scrl, filed an Antidumping complaint in […]

On the evening of June 21, in the setting of Palazzo Mezzanotte in Milan, headquarters of the Italian Stock Exchange, […]

The Bandera firm in defense of veneto bank account holders

Bandera firm with AIRAL in anti-dumping tariff renewall proceeding against the people&#821...

As represented in a previous article, the Bandera Firm, on behalf of the international association of aluminum radiator manufacturers, AIRAL, […]

The Bandera firm obtained an important victory before the Court of Brescia, Labor Section, in the matter related to non-competition […]

The Bandera firm assisted a major company oparating in the panorama of Brescia, in a complex reorganization implemented through a […]