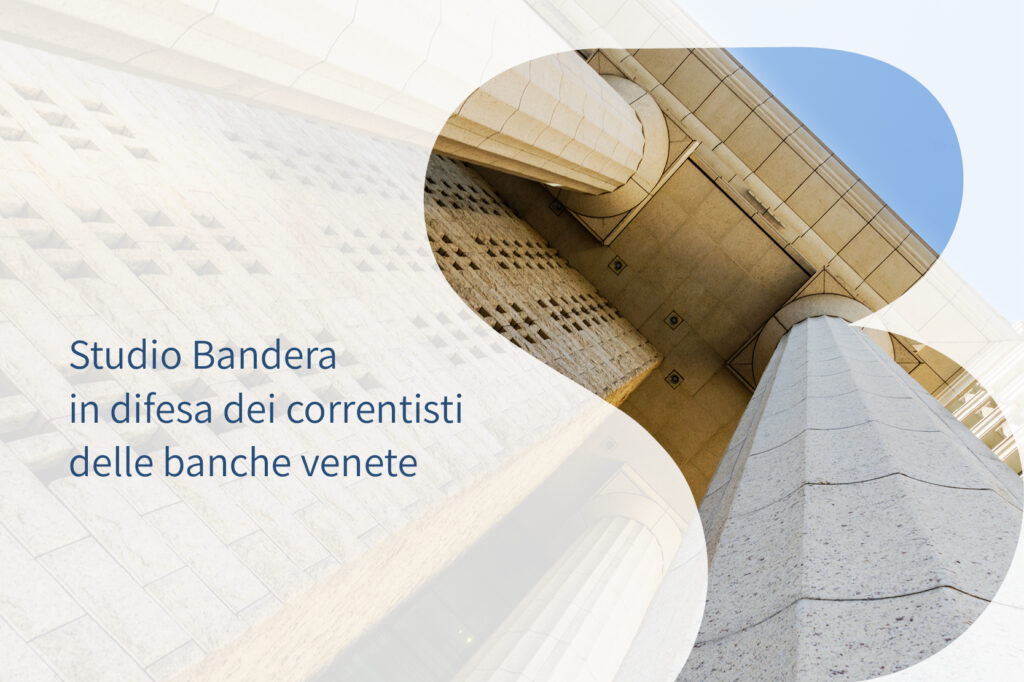 The Bandera Firm is assisting and defending numerous account holders in actions for damages against Veneto Banca and Banca Popolare di Vicenza.

Among the latest favorable orders obtained is the one issued by the “Arbitro per le Controversie Finanziarie (ACF)” (i.e., Financial Arbitration), established by Consob (i.e., Italian equivalent of the Securities and Exchange Commission)..

In this case, the firm successfully defended an account holder who had to incur the total depreciation of Veneto Banca shares acquired as a result of negligent conduct by the intermediary.

Specifically, the Board upheld all of Bandera Firm’s claims and declared Veneto Banca liable to pay damages to the plaintiff for the breach described in the amount equal to the full value of the shares acquired, plus legal interest and the increased revaluation.

The ruling is of interest not only because of the success achieved for the benefit of the account holder, but also because of the reasons and considerations carried out by the Judicial Panel, which in fact censured the actions of Veneto Banca even for its failure to provide correct information on the characteristics and risks inherent in non-liquid securities.

The following is an excerpt from the ruling:

“Accepting the appeal, the Board declares the intermediary obliged to compensate the plaintiff for the damages, and the breach described in the narrative, in the total amount, thus including monetary revaluation up to the date of the decision, of € […], plus statutory interest from the same date until satisfaction, and sets the deadline for execution in thirty days from receipt of the decision. Within the same term, the intermediary shall notify the ACF of the acts carried out in order to comply with the decision, pursuant to Article 16, paragraph 1, of the regulation adopted by Consob with Resolution No. 19602 of May 4, 2016. The intermediary is required to pay Consob the sum of € […], pursuant to Article 18, paragraph 3, of the aforementioned regulation, adopted by resolution No. 19602 of May 4, 2016, in the manner indicated on the institutional website www.acf.consob.it section “Intermediaries ”.